Published on 22nd December 2017 in Guest Only

On Tuesday 19th December a new women’s course record (66) was set. Yuka Saso (Phillippines) broke the course record here at Barwon Heads with a 66. The previous holder was Stacey Keating with 68 who went on to win the 2013 Victorian Open and also twice on the European Tour. Stacey held the record here for a decade, with a 68 carded on 15 December 2007. 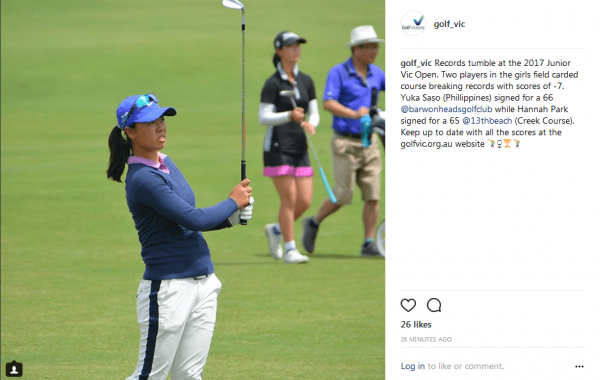