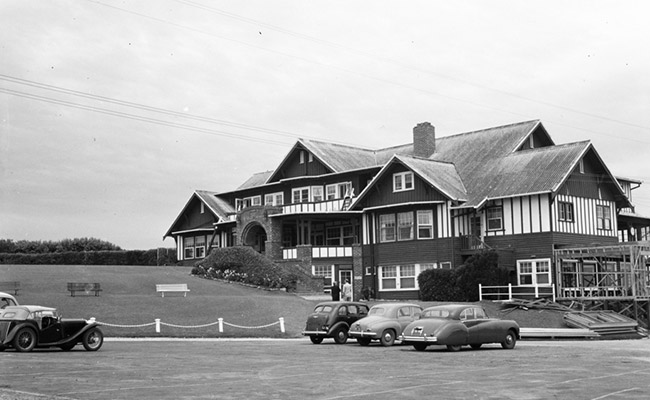 The Barwon Heads Golf Club is of historical and architectural significance to the state of Victoria for its association with the history of recreation in Victoria.

It was the first country club in Victoria, and an early example of a private residential golf club which was the first to provide accommodation. It was a prestigious holiday retreat for privileged Western District graziers and wealthy sports-loving members from the Riverina and Geelong as well as prominent city players. The resort helped put Barwon Heads on the map and influenced the development of the town.

Golf is said to be the most popular participant sport of adult Victorians. It has been played in Victoria since the late 1840s, with the first club established in Melbourne in 1847 and in Geelong in the late 1860s. As regular leisure time became usual for much of the population during the 1880s and 1890s, sport and sporting clubs grew.

Golf was one of the few socially acceptable sports and was taken up by growing numbers of well-to-do ‘gentlemen’ and their ‘ladies’. It became a somewhat socially exclusive sport favoured by the middle and upper-middle classes.

Golf thrived in late nineteenth century Melbourne, with the formation of modern-style golf clubs with their own courses and facilities, which were then largely for men. Suburban expansion, suitable soils, available water and accessibility all played their parts in determining where successful courses were located. Golf clubs seek out similar sandy golfing grounds and by the end of the 1920s the city’s major clubs had established themselves within what is referred to as the Sandbelt, located to the South East of the Melbourne CBD. Its courses are built on a sandy base, which allows instant drainage and ideal playing surfaces year round. The majority of the courses are located within a 10-15 kilometre radius of each other and include Royal Melbourne West, Royal Melbourne East, Kingston Heath, Victoria Golf Club, the Metropolitan Golf Club, Yarra Yarra Golf Club, Commonwealth Golf Club, the Peninsula Country Golf Club (and) Huntingdale Golf Club.

Early in the century coastal clubs, notably Flinders (1907) and Barwon Heads (1907), were established to cater for the golfing interests of local enthusiasts and holidaying Melbournians and Western District graziers. 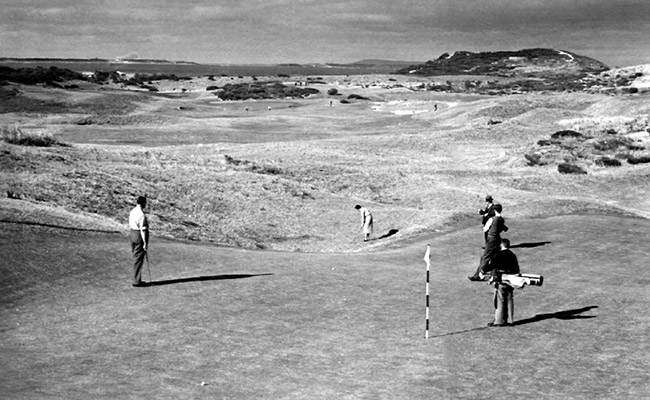 A links is the oldest style of golf course, first developed in Scotland. The word comes from the Scots language and refers to an area of coastal sand dunes, and such courses are generally located in coastal areas on sandy soil amid sand dunes with few if any trees. Only limited resources were available to golf course architects at the time and as earth moving had to be done by hand it was kept to a minimum. Links courses tend to be characterised by uneven fairways, thick rough and small deep bunkers, and being on the coast are often very windy, requiring a different style of play.

The first official meeting of The Barwon Heads Golf Club was in 1907, and in 1910 the Club purchased the land for the first course, on the Barwon River north of the township, later known as the ‘old links’. In 1919 the decision was made to move to the present site, on the coast to the south.

In 1920 the lease of a block of government land at the new site was granted, probably the area now occupied by the first six holes of the course. The Club exchanged the ownership of this land in 1960 for the old links land. They also purchased 152 acres 33 perches of land known as Hopgood’s Farm (Allotments J, K, L and M Parish of Connewarre). The Club subdivided the southern boundary of the land into thirty-eight building blocks to provide funds for the completion of the links and a future Clubhouse. A further 14 acres of land were purchased in 1935. 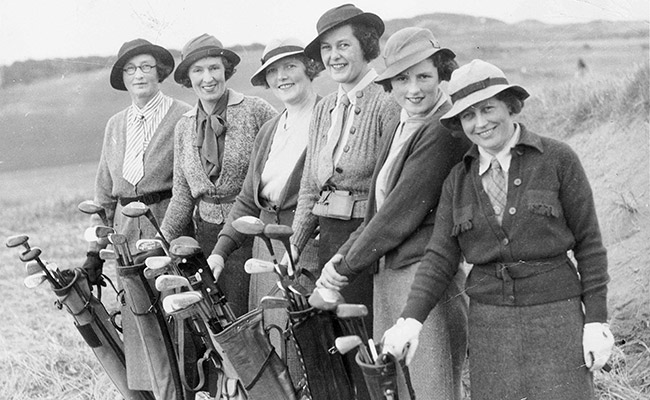 The land was then treeless and barren except for some rushes, and was considered to be ‘genuine links country’ with undulating ground, where the bunkers were natural and the construction of ditches and mounds was unnecessary. The course was always intended to be a ‘links rather than a man-made golf course’, and was designed by Vic East, the professional at the Royal Melbourne Golf Club. Work began on it in May 1920 by S F Mann and by the end of November the whole links was planted with grass, cleared of rabbits, and an extensive tree planting scheme had been initiated. By November 1921 nine holes were playable and by Easter 1922 eighteen holes were open for play. In 1929 the first six holes of the course were relocated to land to the south-east (which was purchased in 1960), facilitating the development of the current 9 hole Par-3 course to the north-west of the Clubhouse. It was designed by Member C L Winser, winner of the Australian Open Amateur Championship in the 1920s.

In 1926 Dr Alexander Mackenzie, considered to be the world’s foremost golf course designer, visited the course, was consulted on the course design, and appears to have reinforced the design ideology of a links course at Barwon Heads.