This page chronologically lists competitions at the Club that are open to non-members.

Guests and green fee players requiring accommodation while in Barwon Heads may make use of the rooms in the Clubhouse. See the accommodation page for more details.

Trophy for best team and prize for best individual score. Players in this event are eligible for SWGA Merit Award points

The Marrum Cup – Annually in May

One of Victoria’s most historic team competitions for women, ‘The Marrum Cup’ has been in existence for almost a century. It takes place annually at The Barwon Heads Golf Club in early May and since 1925 has attracted generations of women, including the finest golfers from clubs across Victoria and as far afield as the Royals of Adelaide, Canberra, Queensland and Sydney and Lake Karrinyup in the West.

What began in 1925 as a one-day competition now comprises of four days of individual and team events with up to 160 golfers taking part. The Club is extremely proud to hold an historic Victorian event that is a celebration of Australian women’s amateur golf.

More about the 2021 Marrum Cup

A double-header consisting of two high-quality teams events for men over two days in July. Play in either or both, and avail yourself of a special accommodation package while you’re here.

Previously held in August, the Vincent Cup, once dubbed ‘the men’s Marrum Cup’ began when Robert Vincent a member from 1919 and president from 1929-1930 donated the cup in 1931. He was prominent in planning and supervising the construction of the Clubhouse.

This is a four man team handicap par event for men with an individual par event held in conjunction with it. Clubs are welcome to enter two teams, with each club’s second team position to be decided by ballot.

Donated in 1988 by Millar Lowe in the final year of his presidency, the Barwon Heads Plate is an annual teams match with a history of attracting large fields. Played against par, the scores of all four members of the teams are counted.

The format is the same as the Vincent cup, with a four man team competing in a handicap par event with an individual par event held in conjunction with it. Clubs are welcome to enter two teams, with each club’s second team position to be decided by ballot. 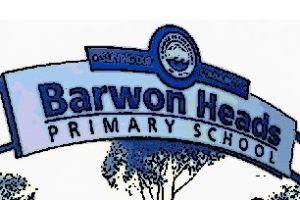 This is always a fun day and a great opportunity for non-member parents, locals and friends to play the course (at a significantly reduced rate) and enjoy the atmosphere of the Clubhouse afterwards. Social play places are limited to 112 golfers for an afternoon multi-tee start. Players may organise their own competition(s) between friends if they wish. There will also be nearest-the-pin and longest drive prizes. Prepayment is required and players must adhere to the dress code. E.g. collared shirts, white socks (for men if wearing shorts) and strictly no denim, cargo shorts, beachwear or thongs.

See the web post for updated conditions for the prior 2021 event.

The Victorian Senior Amateur Championships have been contested since 1995 (Men) and 1931 (Women). Played previously as standalone events, the Men’s & Women’s championships combined in 2015 to be played at the same venue within the same week.

The events are conducted by Golf Australia

For more details about the tournament and to enter please see the Golf Australia website.

First run in 2013 in the lead up to the $3 million Vic Open, the former 18-hole tournament provided a great opportunity for juniors to experience the environment of a professional event. Following on from the success of the Vic Open, the Junior Vic Open is now played at 13th Beach Golf Links and Barwon Heads Golf Club as a World and Australian ranked 72-hole tournament. It attracts a huge field with some of the best junior golfers from Australia and overseas assembling in chase of the titles.

A special accommodation rate is offered to participants.

This event is managed by Golf Australia. Please see their website for more details and how to enter. 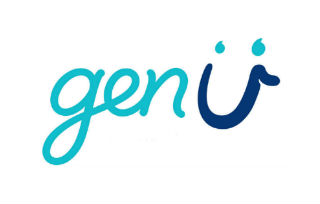 This event is open to members (including provisional & restricted) and visitors.

genU in partnership with the Golf Australia, invite you to the Stand Up and Play @ Barwon Heads Charity Golf Day to be held on Friday 10th December 2021 at the Barwon Heads Golf Club. This year, all money raised will again go towards supporting people with spinal cord injuries, and help with the cost of some local participants attending the upcoming 2021 Paragolfer Championships. Teams of four, 18 holes of Ambrose. Inclusive of green fees, breakfast roll and a sit down Clubhouse lunch. Booking link

This event is open to members (including provisional & restricted) and visitors. Pairings can be men, women or mixed.

The event takes the form of a 4BBB. Shotgun start at 8.30am with registrations from 8.00am.

The Charity Day supporting Wellways at The Barwon Heads Golf Club in 2021 will take place on Monday 25th October 2021.

This is a Golf Australia event – see their website for more detailed information and entry.

The Family Championship was initiated in 2004 to create a special event for Victoria’s golfing families.

The Victorian golf community has responded favourably with the Championship open to amateurs and professionals who have an immediate family relationship (step-parents, adopted parents and de-facto inclusive).

Each two-person team must have an immediate family relationship (step-parents, adopted parents and de-facto inclusive) which must be stated on the entry form. Some examples of eligible Family Championship team combinations are found below:

The Golf Victoria Family Championships 2021 at The Barwon Heads Golf Club is expected to be played on Sunday 28th November.